HP Printer is a popular brand and widely used for businesses and home use. These printer devices offer a simple interface so the user can easily access them. HP printers are robust and the user can connect them to certain devices. But you can get common HP Printer Errors while using an HP Printer.

HP Printer is not Printing

The Not Printing error on the HP Device can appear often. Whenever the printer stops working, the user should restart it. Your device may show issues when some services stop working. To run those services, the user has to restart the device. Restart the HP printer and its services; now reconnect the printer. Give the correct print command and check for your HP Printer Errors.

Slow connection means slow printing. For improving the printer’s speed on the network, keep the HP printer near the router. If the printer seems slow then you should use the cable for connection. When the printer is old, you can increase the speed by changing the printing mode. If you use the low (draft) quality mode, the HP printer starts using less ink and prints with good speed. But this mode is only good for printing simple documents. When you need high-quality printouts, you have to switch the mode to normal or high.

For an easy fix, the user can reinstall the driver. Go to the computer and open the Apps tab. Remove the HP printer driver from the PC. Now install a new driver and run it on the device. While sharing the HP printer on the network, the user often forgets to install the driver on all systems. You can only access the printer when you have the correct driver on the system.

Unable to Connect the Printer

The printer shows connection issues when the cable is not working. For the connection, change the cable. The printer doesn’t work on a low-speed cable (phone cable). The slots may be the same but the printer requires a good speed cable. Remove the cable and inspect it for any damage. Don’t use a cable with any kinks.

The printer gives faded printouts when the ink level is low. The print head receives less ink and prints look faded. You have to refill the ink on the printer. But when the HP printer has a good amount of ink and the printer is still giving faded printouts then check the printhead. The clogged printhead can’t work properly.

You have to remove all the ink from the head. Go to the Printers and Scanners page and select your HP printer. Now select Printing Preferences and hit on the Service tab. Choose Printer Services and select the Clean Printheads. Run the function and the printhead will get cleaned. The user can also clean the head manually. After cleaning, your printer will provide quality printouts. 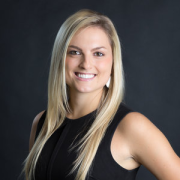 I am working as a technology consultant.

7 Best Domain Extensions worth Considering for Your Business