Young and mature, successful and not so, bright and beautiful women, about whom the public speaks, and the media write, never gave any peace to anyone. And suppose they become the chosen ones of millionaires. In that case, the attention of those around them is riveted even more, and the slightest mistake becomes a reason for her insults and persecution.

Almost any person can achieve high results in life, in a career, but for this, you need to have a certain degree and even good arrogance, perseverance, and dedication. Still, most prefer to “go with the flow,” and if they do not achieve high achievements, then they envy those who have who did it.

Once, the former General Director of Channel One and the head of NTV, Igor Malashenko, met a professional journalist, blogger, and secular columnist Bozhena Rynskaya. They began a relationship, and the businessman left the family, where he raised three children, to a new lover. Rynska was already well known to the public, and a sharp mind distinguished her, her own, different from others, opinion on the events in the country and the world. But as soon as she entered into a relationship with a wealthy married man, interest in her increased even more.

The couple lived in a civil marriage for seven years. Then Malashenko nevertheless formalized parting with his first wife officially and married Bozhena. The spouses did not profit from the joint property throughout their life together, fully provided for the journalist. She did not appear in Igor Rynsk’s will. There were no assets on it, which means that in the event of a divorce, Bozena could hardly claim anything.

Common acquaintances of the family argued that Bozena often accused her husband of hiding the state, feared that she would be left with nothing in the event of a divorce or other reasons for parting, demanded to provide her with the condition that would allow her to exist with dignity until the end of her life. As a result, when Malashenko was found dead in his villa in Spain (the case was recognized as a suicide), Rynsky’s verbal attacks on her husband became the reason for accusing the widow of driving her husband to suicide, the businessman’s first wife began to make claims twice as much as before.

Due to health problems and due to the age of Rynska, she could not bear the child, but the couple wanted a joint child and turned to the services of a surrogate mother. Of several attempts, only the last was successful, but this happened after the death of Malashenko. And immediately it became a reason for talk and talk, many doubt the girl’s relationship with Malashenko. And, perhaps, to live in peace and have confidence in the future, she will have to prove the paternity of a businessman.

It is challenging to be the wife or widow of millionaire businessmen and even in a love relationship with them without officially registering a marriage.

Yulia Lemigova, a well-known Russian-American entrepreneur and model who took high places in beauty contests in the 90s, knows firsthand about this. How much she had to endure after a short but notorious affair with the millionaire banker Edward Stern, who left his family for Julia. These relations were unfolding in front of the eyes of the entire country. When the couple began to live together, everyone, without exception, empathized with them.

Soon after the novel’s beginning, Lemigova found out that she was expecting a child. However, shortly before the baby’s birth, the couple broke up, so the joint son of Lemigova and Stern Maximilian was born without a father, and Julia was forced to raise her son alone.

But, despite the absence of a stamp in the passport, the child was the son of a banker, which means that he claimed part of his father’s massive fortune. Lemigova was subjected to all kinds of persecution and was under the scrutiny of the press and society; it constantly seemed that someone was watching her. And all this was not groundless. Once, returning home from a meeting, Yulia found her five-month-old boy dead in her apartment. The nanny was not there, and she disappeared without a trace. To avoid the search for the truth on the part of Julia, presented the situation in such a way that she miraculously escaped the accusation. She was detained pending clarification of the circumstances and was released only when all the terms of detention allowed by the law had passed. The perpetrators were never found; psychologically, Lemigova was broken and broken. It took her a very long time to recover, at least a little.

There are also many dramatic events in the love story of Katerina Bosov and the “coal” businessman Dmitry Bosov.

The couple met when Katerina Bosov was already known to the public. She has achieved a lot in large Russian and international companies with her mind and work. At Modny Continent JSC, which produces fashionable clothes under the INCITY brand, she proved herself an excellent retailer and a talented leader; she also opened new fashion boutiques, which became her main and favorite occupation.

The relationship with the millionaire also gave Katerina Bosov a reason to be heard: the marriage of an ordinary girl from a simple family with the “coal” king caused certain rumors and discontent. The spouses themselves remained unperturbed. They devoted themselves to each other, especially since a child appeared in the family.

The tragedy in the family, namely the suicide of Dmitry Bosov without obvious prerequisites, put an end to a happy life, turning it into an absolute nightmare for Katerina Bosov and her little daughter.

Bosov’s life was cut short on his initiative only provoked the public; new reasons for gossip and discussion appeared. Now Katerina is accused of her husband’s death. They write stories that family life was completely unhappy, about constant scandals between spouses and Katerina’s claims to include her in Dmitry Bosov’s will. All this gossip around a family tragedy has a strong negative psychological impact on the girl. It is hard for her to devote herself to work, open fashion boutiques, and provide for her little daughter, she is not even allowed to accept the death of her beloved husband calmly, and she is forced to make excuses and seek justice.

If we knew in advance how and what will happen in our lives, we could have avoided much and changed something for the better. Some meetings could have been abandoned altogether. But on the other hand, the unknown gives more advantages, and a person hopes that everything will turn out in the best way.

So our heroines surrendered to their feelings and were sure that everything would be fine. But everything turned out not at all as expected, and from the heroines of the novels, they turned into victims of persecution. As it turned out, there is a thin line between these concepts, and one can find oneself on the other side in no time. 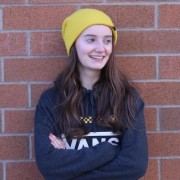 How to Customize your Personal Boxes to Make Products Presentable?