The methods of digital payment are becoming an essential part of our daily life. In the present scenario, post-COVID 19 and lockdown, the majority of the shops and vendors are now acknowledging digital payments. Among the most widely accepted solutions are online payments via QR codes.

QR codes are used in all types of shops like supermarkets, stationery, dairy, medical, etc.

Among the reasons they are becoming more popular is acceptance of payment via QR codes which follows the social distancing standards. Merchants and customers can handle this payment solution without getting into proximity. Handing out mobile numbers or bill codes can result in fraud/cheating. Utilizing QR codes does away with this probability. QR codes are simple to generate, and customers do not need extra hardware to pay through them. Even a smartphone with a camera will do just fine.

QR or Quick Response Code includes a pattern of black squares or barcodes which are arranged in a grid square on a background that is white. These codes are viewed or read through the QR code scanner. These days, many mobile cameras are available with built-in scanners or UPI scans. They are somewhat the same as barcodes. The difference is that QR codes can store a massive amount of data in comparison to barcodes.

How do the QR Codes Function?

QR codes usually produce a pixel pattern, with every part having an information piece. When it comes to digital payments, the data can be transaction details, merchants’ details, etc.

While scanning, QR code patterns (the vertical and horizontal black patterns on white background) get deciphered by the software and get transfigured into the character string.

These QR codes – used for accepting payments – usually have commands linked to transactions.

A merchant can initiate QR codes for his shop or for any variable or a fixed amount. As per the command, the QR code is created. It is an entry to payment confirmation, opening a payment link or carrying out any operation as required.

The customer only has to scan and pay it to transfer the payment amount.

You require a smartphone with a built-in camera and QR scanner/reader to scan QR codes. These days there are a lot of apps with the help of which QR codes are scanned with complete ease. It is effortless.

Though designed in the same way as linear barcodes, which we can see on products in stores – the QR code has four essential advantages:

Since the QR code is two dimensional, it has more data than a single-dimensional bar code.

QR code can save up to 4296 characters (alphanumeric), and different from a barcode, it has two dimensions, can be scanned in any way/direction, and may contain more data than the barcode.

As QR codes have more data, they permit encryption which is beneficial for the processing of payment.

QR Code Payments – How They Work

QR codes have been known to be one of the top-rated online payment solutions for merchants. Customers only have to scan to pay for the code using the camera of a smartphone. The UPI scan codes can be scanned from paper or the display screen.

How QR Code Payments Are Done

With a smartphone, scanning is carried out, and the code is shown on the shop’s products, way out, website, etc. and online payment is carried out.

You just have to scan the QR code given by the merchant by using the smartphone (the phone has to have a camera). Generally, you would be using an app that lets you scan the QR code and make the payment. You can also carry out a UPI scan through a UPI payment app.

When it comes to POS – the particular fixed amount is shown on the POS system of the retailer at the time of checkout. Merchants and customers use apps to carry out online transactions. The merchant initiates the QR code through a mobile app. The customer then scans the QR code through their app and, after confirming the amount, goes ahead with the transaction. 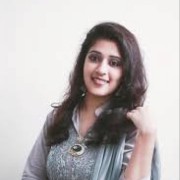 How To Do EPF Paswword Reset

What Does A Mortgage Broker Do?

Maurice roussety | You Need to Know About Personal Loans