How women impact differently than men

The infection rates seem to be equal for men and women though the consequences for women are usually worse than men. Many STDs do not have any noticeable symptoms and chlamydia and gonorrhea may cause infertility in women. Certain kinds of HPV or human papillomavirus can lead to life-threatening cancers in both men and women. People who suffer from STDs do not know about the infection which makes it more likely to spread the infection unknowingly. Nearly half of the adults below 45 years have been tested for STDs.

How you can prevent sexually transmitted diseases

With the correct use of condoms and other barrier methods such as dental dams, the risk of transmitting STDs becomes less at the time of enjoying sex which includes oral sex. The two common treatable STDs are HPV and herpes which spread due to skin-to-skin contact and take place with the use of condoms. So, it is necessary to do regular testing for all kinds of STDs and improve your sexual health. Nowadays, many clinics offer same day STD test where you can perform the test. Other than testing and treatment, you have to de-stigmatise STDs and age-based sexual health education much more accessible.

Women experience more serious complications from STIs in comparison to men. The consequences might include – ectopic pregnancy, pelvic inflammatory disease, pelvic pain, infertility and cancer. Nearly half of new STIs occur within 15 to 24 years among women and the group of 20 to 24 years has seen the highest number of STIs.

These days, STDs have become a major concern for older women and chlamydia cases among women in the age group of 45 to 60 years are three times more. There are lower rates of condom use among men in 50 years and above. A good percentage of women are becoming infertile each year due to undiagnosed sexually transmitted infections like gonorrhea and chlamydia.

Chlamydia is a common disease that can lead to serious consequences which include – infertility and PID, when not treated on time. Many women are not aware that they have it as they do not face these symptoms.

Sexually active women who are 24 years and less than that and those who have greater risks should do yearly screening. Yet, not more than 50% women should do screening and chlamydia is treated easily with antibiotics by detecting at an early stage.

This is the most common STI in which men and women are infected, at present. Everyone will contract HPV during some point of time and a good percentage gets this infection each year. HPV is related to a huge number if cancer and genital warts cases in a year.

Though 90% cases clear up within two years, 10% do not. HPV is said to be a major cause of cervical cancer, genital warts and cancers.

There is an effective HPV vaccine available for males and females that prevent cancer-causing strains of HPV. All males and females within 11 to 12 can take it and women can take upto 26. Yet, 33.4% of adolescent girls get all three doses in 2012.

Everyone should test for HIV at least once in their lifetime and when you are at greater risk for HIV. But nearly 50% women do not test and one among six people do not know they have the infection.

With early detection and treatment, you can improve as well as maintain the health of people who have HIV.

This is the second commonly infected disease and though it is similar to chlamydia, it does not have any symptoms. It can lead to infertility, ectopic pregnancy and PID.

There are somewhat higher rates in women when compared to men and the highest rates are among the adolescents. The more increase among women is within 40 to 44 years.

It is important to be aware about your and your partner’s body. If you or your partner are a carrier of any STD, then this can infect others. Women find it difficult than men to detect the symptoms that go unnoticed or mistake it for something else. So, women are highly susceptible to different STDs and HIV than men as the semen deposits directly into her body at the time of unsafe sex. Hence, you should perform regular testing. You can book for same day STD check at Private GP London to obtain the result in shortest time possible. 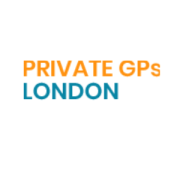 Buy Research Chemicals Online In US

Buy Chemicals Online are a Huge Help for Human Beings.

Can I Replace All My Teeth with Dental Implant Procedure?