Even though plaque and calculus are two terms widely used in general dentistry and both relate to bacteria growth on teeth, it’s quite wrong to use both terms interchangeably. Both terms are different and that’s what this article explores: how they are different from each other.

Plaque: What is it and how it’s bad for oral health?

It’s a white sticky substance that forms on your teeth within a few hours after you’ve eaten. Though it’s not visible through naked eyes, you can feel it on your teeth if you run your tongue across your teeth’s surface. Plaque is continuously formed on teeth throughout the day. Its build-up starts within four hours of eating.

After you eat or drink, the food debris settles on your teeth if you don’t brush them. Then a colorless film of bacteria and sugars is formed on your teeth, which is known as plaque. It’s bad for your oral health as it grows very quickly and can lead to tooth loss in severe cases.

For more information about what plaque is, you can visit Healthyell.

Calculus: What is it and how it’s bad for oral health?

Calculus is hardened plaque that develops due to poor brushing. Plaque forms on your teeth every day. When you don’t take care of your oral hygiene and neglect regularly brushing your teeth, the plaque build-up becomes strong on the surface of your teeth. Then, minerals from your saliva combine with this plaque to form a non-sticky and hard porous material known as tartar. Tartar is simply another name for calculus.

Plaque and Calculus: What’s the difference and which one is more harmful?

The main difference between them is that plaque forms on teeth on daily basis, and unlike calculus, you can remove it by brushing your teeth regularly. Plaque becomes hardened due to poor brushing and forms calculus or tartar, which only a professional can remove.

As compared to calculus, plaque isn’t harmful. Because plaque develops on your teeth surfaces daily, and you can’t prevent its formation but you can clean it. It becomes harmful when you don’t brush your teeth regularly and it hardens over your teeth’ surface. Because it causes inflammation and swelling of the gums.

Calculus is a lot harmful to oral health, especially when it takes the shape of a calculus bridge. It makes your teeth look stained and tanned and cause gum diseases which ultimately lead to tooth decay. Once it’s formed, you’d need medical treatments such as root planning for its removal.

If you want to prevent your teeth from getting calculus, you need to make sure that plaque doesn’t get hardened. That’s why you should brush your teeth twice a day and limit sugary drinks as well. 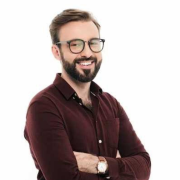 How Does Xanax Work for Anxiety?

How Can I Benefit From Invisalign Dental Treatment?