It has been observed in many researches in developing countries used car survive for long run and they depreciate less as compare to the already developed countries where vehicles depreciate very rapidly in few years because they are good in manufacturing and its associated technologies, for business point this is an opportunity for the exporters that’s why it is pushing giant exporter used car agents, to play important role to take over, overall developing countries market, it is not an easy matter for import and export of any car in any country it depends on several things which can be understand with below points.

It is obvious that every consumable product and capital goods has certain life after that their value begin to reduce with the time or you can say that the depreciation on value and product cause low market value, as they converted in to old look its value become less day by day, this is not matter either product is on road or not damage or not time begin to kill its value once the product manufactured by producer and it out from production line to the market or in display or in consumer hand.

In several studies it has been found that specially vehicle market facing very high depreciation in already developed countries as compare to the under developing countries, studies further shows that there is perfect correlation between vehicle age and the vehicle value reduction, as any vehicle come out from production the count down of age begin and it is consider as day first  for age and for losing value, at other hand in other studies it has concluded even technology and material in production line its age and value begin to calculate.

warehouses even it used or not, mostly in the developed countries and highly competitive

other words its quit stable because of resell value of vehicles for several hand using process.

The main difference between scrap term and its valuation is that in developing countries scrap mean very low-cost material of cars and its value is lesser than the used and old cars value, but in the under developed countries scrap means that second hand part or body and other related things which value remain same near to used car normal parts as in those countries reusing of the vehicle is too high in practice so that is the main reason even scrap has good value in under developing countries.

Most of the developing countries control their import and export dealing with taxation and quota system, the quota system can be understand in two term either in term of value or in term of quantity which ever come to limit first, by doing this government of different develop and under develop countries making sure for local or domestic demand and supply control with price stability because no one has rights to jump from define limits, quota system also increase trade competition because of limits, who boost first will win.

Many countries keep focus on the targeted consumer because every country has mix consumers type some are high class rich.  Some are rich, some are middle class, some are lower middle class but all of that are consumer so in every country there is mix mind to go for used car or new car its totally depend on the consumer class so the consumer will behave accordingly as per class but mostly form rich class to lower middle class maximum number of user preferred to go with used car but in used car there is more categories which can be divide further in model wise, made in wise and CC wise its selection totally depend on consumer buying power.

High number of imports in under developing countries leads to increase in availability of transportation for personal use and commercial use. Due to used cars impact in low price and in low budget can have good facility, which increase the efficiency of whole economy like good collection from farmers and distribution to markets, cut labor cost, time saving, low cost high speed relocation of anything, open new sector for employment like parts shop, maintenance shop, modifications, petrol pumps, passenger transportation sector. Where as this initial circulation inviting industrialization.

The reverse impact in under developing countries, increase in import of petroleum related products. Which effect balance of trade of economy, traffic jam issues, high pollution environmental issues, increase in frequency of accidents. Unknown faults in used cars which can’t be handle without technical tools. Not last but important heavy loss of time during patient shifting to the hospital which cause loss of precious life.

On the basis of above analysis in conclusion we can say that in any industrialization. Trading of world must have some positive and negative impact with different names. But it will always remain constant in both developed and under develop countries. 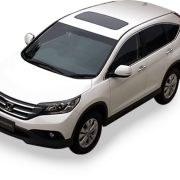 Tips for Replace Car Batteries near Me

Finding A Best Wedding Limo Service For Your Wedding Day